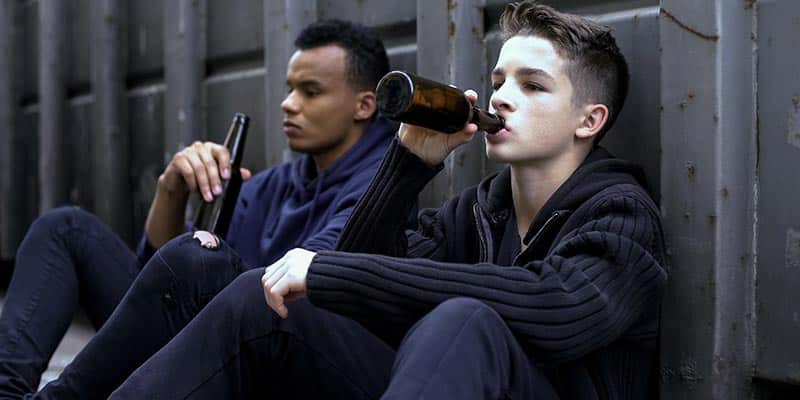 A task force in the west of Ireland is using Iceland’s model for reducing alcohol and drug abuse among teenagers. In Iceland 20 years ago, almost 25% of 15–16-year olds were smoking every day, more than 40% had got drunk in the past month and 17% had tried cannabis. In 2017, just 2% of that same age group were daily smokers, 5% reported having been drunk in the previous month and 6% had tried cannabis. The Western Region Drug and Alcohol Task Force is now hoping to mimic this spectacular turnaround.

With the support of partners such as the Health Service Executive (HSE), Tusla and local schools, the task force has embarked on an ambitious 5-year pilot project to customise and implement Iceland’s ‘Planet Youth’ model in the counties of Galway, Mayo and Roscommon. Its aim is to improve the health and happiness of all young people, and in so doing turn them away from substance abuse, reports The Irish Times.

The Icelandic Centre for Social Research and Analysis in Reykjavik University, which developed the Planet Youth model, is involved with the Irish pilot. A ‘whole-population’ approach was adopted that required radical action. The first step was to survey all 13-16-year-olds to find out why some were using drink and drugs. The findings informed their action plan and surveys continue to be conducted every year.

Laws were changed to make it illegal to buy tobacco under the age of 18 and alcohol under the age of 20. Advertising of both tobacco and alcohol was banned. A curfew was introduced for all children under 17. Under 12s needed to be indoors by 8 pm and ages 13–16 by 10 pm. Groups of parents were encouraged to draw up and sign pledges on things such as not giving alcohol to those underage, limiting screen time and organising dedicated family time. A ‘leisure card’ to keep children active (worth €430 a year for each child) was given to parents to help fund out-of-school activities. Scientific evidence was also used to secure political backing through policies and funding. Reykjavik now spends about 7% of the city budget on youth activities.

“Iceland has had unbelievable results. They did a right serious number on it”, says Emmet Major, a community liaison officer with the task force. He is coordinating the attempt to do something similar in the western region, within a population of over 117,000 teenagers.

Following Iceland’s approach, the first step was to survey almost 4500 15–16-year-olds in all of the 82 secondary schools, and also in Youthreach centres, across the three counties. The questionnaire (comprising 77 questions) gathered data about their habits, health, relationships with family and peers, and attitudes to school.

The survey responses unearthed a broad societal tolerance towards underage drinking, which, the Planet Youth report concludes, “permeates into adolescent decision-making and norms and needs to be challenged”. The more worrying statistics include: 46% having been drunk on at least one occasion, 26% having been drunk in the last month and 23% reporting that their mental health is bad or very bad.

What parents can do

Based on the survey results, the following guidelines for parents have been drawn up:

The Parents’ Council at Presentation College in Athenry, Co Galway, was unanimous in welcoming Planet Youth to the school, which has more than 1100 students.

“It is a fantastic initiative”, said Parents’ Council Chairwoman Doreen Geoghegan. “It is giving parents the skills on how to parent a teenager in the modern, technology world. Everything has gone into cyberland and it is very hard to parent in there.”

The steering committees in the three counties are preparing a document that is due to be launched at the end of January 2020, with proposals that include increased provision of after-school and holiday-time structured activities for teenagers, and more accessible parenting support for all.

“It will be a road map for the 4 years ahead”, says Major, who hopes the western task force will be the pathfinders for the rest of Ireland. Already, there are plans to kick it off in the Fingal area of north Dublin with a survey of adolescents in autumn 2020.

For more advice on how to communicate with your child about alcohol and drugs, see the HSE’s Parent’s Guide at AskAboutAlcohol.ie AlphaBiolabs has several drug testing options including a home drug testing kit. For information, please call 0140 29466 or email us at info@alphabiolabs.ie