Head of the Catholic Church calls for abstinence 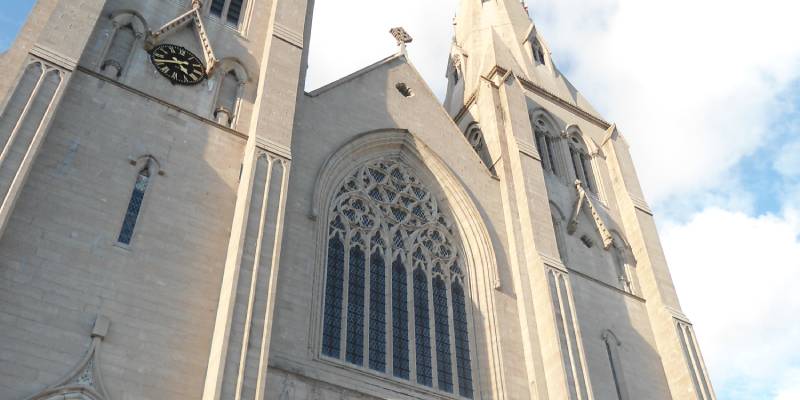 Ireland needs a temperance movement and should return to a state of abstinence around drug and alcohol use, said the head of the Catholic Church in Ireland, Archbishop Eamon Martin.

Dr Martin warned of the violence and criminality engulfing the streets of all major towns and villages because of drugs and alcohol, and urged Irish society to take action. Speaking to Independent.ie, he expressed particular concern about how addictions can devastate family and social life. He also noted the role they play in the worrying amounts of domestic violence witnessed in today’s Irish society.

Dr Martin also appealed for those involved in drug dealing at any level to stop for their own good.

“There is no future in a life of crime associated with drugs”, he said. “They get promised all sorts of things by their leaders…a fancy life, big cars and plenty of money [when in reality they are] just dealing in death.”

He concluded by urging the public to stand up in support of his fellow priests and community leaders who are already quietly working to keep their streets peaceful.

Dr Martin’s plea comes in the wake of research published in The Lancet which revealed that Ireland’s drinking is on the rise. In Ireland, total per capita alcohol consumption increased from 12.33 litres of pure alcohol per adult in a year to 13.19 litres between 2010–2017. In addition, the percentage of adults who commit to lifetime abstinence dropped from 11% to 9%.

Last month, one of the biggest drug seizures of the year was made by gardaí in Clondalkin, Dublin. The seizure of herbal cannabis was valued at almost €2 million. Follow-up searches have been carried out in the Republic and in Northern Ireland which have resulted in the arrests of four suspects: three men and one woman.

The arrests follow a major operation between several units within the force as well as Revenue’s customs officials and the Police Service of Northern Ireland (PSNI). The criminal gang are believed to be an international group operating cross-border. A total of 98 kg of herbal cannabis was seized having just been smuggled into the Republic. A follow-up search with the PSNI resulted in the seizure of approximately half a kilogramme of cocaine with an estimated value of €35,000.

Last week, a man described by gardaí as a very significant drugs wholesaler was jailed for a total of 17 years after pleading guilty to a series of offences including possessing heroin, cocaine and cannabis for sale or supply. Garrett Hill of Gleann na Rí, Tower, Blarney, County Cork, pleaded guilty to 10 separate charges. Questioned by Judge O’Callaghan, Detective Garda Cahalane said Hill did not suffer from any drugs addiction nor was he under any pressure to pay off drug debts. Hill was solely involved in drug dealing for the profits he could make.

For information on any of AlphaBiolabs’ drug testing solutions or alcohol-testing solutions, including SCRAM Continuous Monitoring®, please call 0140 29466 or email us at info@alphabiolabs.ie