DNA test proves that wrong child was given to mother 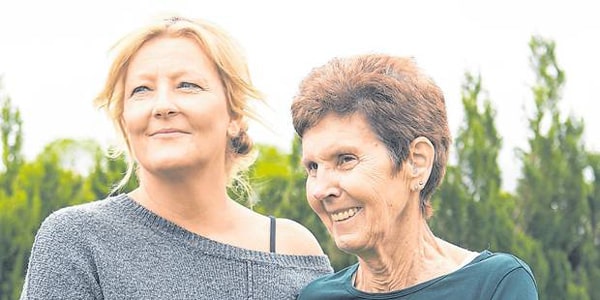 Solicitors acting for a woman who was given back the wrong child after temporarily leaving her infant daughter in the care of nuns at the St Patrick’s Guild adoption society are expected to begin legal proceedings.

Helen Maguire’s story emerged in the aftermath of revelations last year that St Patrick’s Guild had incorrectly registered at least 126 births. This number has since grown. Tusla, the child and family agency, is still in the process of contacting those affected.

Ms Maguire gave birth to her daughter when she was 18-years-old in London in November 1966 where she had to keep the birth a secret. When she returned to Ireland to visit family in December, she needed somewhere to place the baby for safekeeping. She claims that Fr Michael Cleary, a chaplain to the Irish community in London, suggested St Patrick’s Guild in Blackrock in Dublin. She admitted Christine to the nunnery on 3rd December 1966 where she paid £21 for her board. She also handed over a handwritten note explaining her intent to keep the baby. When she returned 6 weeks later to collect her daughter, she immediately felt that something wasn’t right. After initial suspicions about the baby’s change in hair colour, the nuns reassured Ms Maguire that all babies were born with dark hair. The nuns also presented Ms Maguire with adoption papers which she refused to sign.

Christine Skipsey, whom Ms Maguire believed to be her own daughter, is now 52 years old. The pair only found out that they were not mother and daughter after they decided to take a DNA test. The fate of Ms Maguire’s biological daughter is unknown. It is thought that she may have been adopted by a couple in Dublin, but it remains unclear if the mix-up was deliberate or a mistake. Ms Skipsey’s identity is still to be established.

“Christine will always be my daughter as far as I am concerned. She is still my baby and I love Christine to bits”, Ms Maguire said in an interview with the Irish Independent.

Ms Maguire has reported the situation to gardaí as an official kidnapping complaint. Solicitors acting on her behalf are now preparing legal letters informing St Patrick’s Guild, the Adoption Authority of Ireland and the State of pending legal action relating to the case.

Joan Burton, the Labour TD adopted through St Patrick’s Guild who has been pushing for reform in the area of adoption rights, described the case as “every parent and adopted child’s worst nightmare”.

It will raise further questions over how adoptions were managed at St Patrick’s Guild, which was run by the Religious Sisters of Charity order. Information on AlphaBiolabs’ range of DNA testing services can be found on our website https://www.alphabiolabs.ie/. Alternatively, please call Customer Services on 0140 29466 or email us at info@alphabiolabs.ie