Problem cocaine use increases by nearly 100% 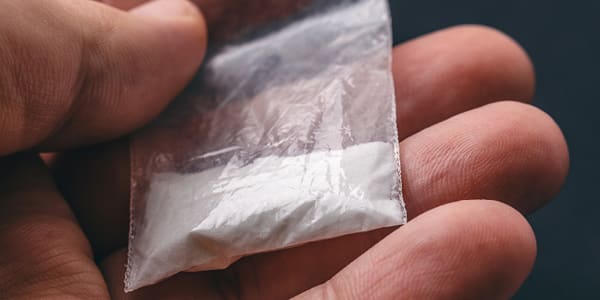 The number of people treated for problem cocaine use has nearly doubled in recent years, according to new data from the Health Research Board (HRB).

Dr Suzi Lyons, Senior Researcher at the HRB said: “There has been a notable increase in cases presenting with cocaine as their main problem drug since 2013, with a marked rise in the most recent figures from 1138 cases in 2016, to 1500 cases in 2017.″

Cocaine was found to be the third most common drug for which people require treatment. Opiates (mainly heroin) came in first place, cannabis was second and benzodiazepines came fourth.

Cannabis use continues to rise

The report shows that 63,303 people were treated for problem drug use between 2011 and 2017. The figures do not include people who receive treatment for alcohol-related issues. Figures released earlier this month by the HRB show that cannabis and cocaine are the most common additional drugs used by people seeking treatment for alcohol dependency.

Cannabis remains the most common drug among people entering treatment for the first time. Ireland has seen a steady rise in cannabis users entering drug treatment since 2007, and many treatment groups now offer cannabis-specific programmes, such as Coolmine, the Peter McVerry Trust and the Tallaght Rehabilitation Project. In 2007, about 1000 people entered drug treatment because of their cannabis use. By 2015 that figure had risen to about 2786.

This week, cocaine and cannabis worth over €700,000 was seized in Dublin. Two men aged 33 and 20 are being held under the drug trafficking act after Gardaí stopped and searched two vehicles in the Ballyfermot area of the city. In a number of follow up searches €715,000 worth of drugs was found in Ballyfermot and Lucan.

A wide variety of tests can be used to detect cannabis and cocaine, including urine, oral fluid, hair as well as nail clippings. All of these tests vary in their windows of detection so recent or chronic use can be established. In addition, ingestion as opposed to environmental exposure can be distinguished. For information on any of AlphaBiolabs’ drug testing solutions, including our home drug testing kit and Workplace Drug Testing, please call 0140 29466 or email us at info@alphabiolabs.ie