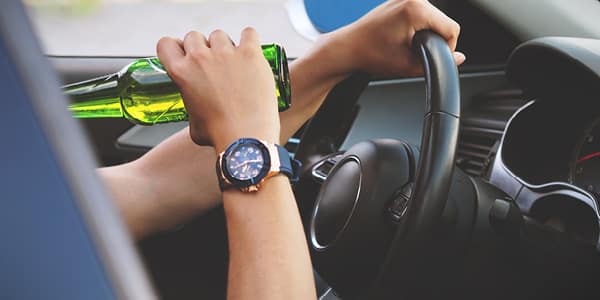 Despite taking more than 30 hours to pass through the Dáil amid chaotic scenes and accusations of filibustering which were levelled at TDs in the Rural Independent grouping, the Road Traffic Amendment bill will now go to President Michael D. Higgins for consideration.

There are two key areas which the bill looks to address: learners driving unaccompanied and drink driving. Known as the Clancy Amendment, stricter rules for learner drivers will mean that the gardaí will have new powers to seize vehicles driven by unaccompanied drivers. In addition, motorists who allow learner drivers to drive their car unaccompanied will also face a penalty.

The limits for drink-driving in Ireland will remain the same, but it will change the penalty. Under the new law, any driver who is found to be over the limit will now face an automatic 3-month driving ban.

The limit stays the same at blood alcohol level of 50 mg for experienced drivers. Learner drivers and professional drivers have a lower limit of 20 mg. One standard drink (a glass of beer, a small glass of wine or a pub measure of spirits) is considered enough to put someone at risk of going over the limit. However, the amount which will put someone over the limit varies from person to person and includes factors such as age, body metabolism, and whether they are eating whilst drinking.

Care should also be taken if overdoing booze-laden desserts. Cooking removes most of the alcoholic content in food, but desserts like tiramisu or sherry trifle are famous for their drink content. According to a study by All Car Leasing, two portions of tiramisu can put you over the drink-driving limit.

As alcohol is a factor in 38% of all road fatalities in Ireland, road safety experts advocate that nobody planning to drive should consume alcohol.

The bill proved contentious in the Dáil and was subject to hours of debate before a special mechanism was eventually invoked to call a halt to the deliberations. Rural Independent TDs vehemently opposed the bill claiming it was ‘anti-rural’. There are fears that the bill’s drink driving element will foster rural isolation and opponents claim that the government’s rural link buses do not go far enough to address the problem.

Drink-driving continues to be a problem worldwide. Devices which breath-test drivers before their cars start are already commonplace in countries such as the USA and Denmark. Now, they are being offered in County Durham, UK, in a bid to crack down on drink-driving. The Durham force intends to pilot the sensors, known as ‘alcohol interlocks’, which immobilise a vehicle if the driver is over the legal alcohol limit. They will be offered to repeat offenders on a voluntary basis.

For information on any of AlphaBiolabs’ alcohol-testing solutions, please call 0140 29466 or email us at info@alphabiolabs.ie.